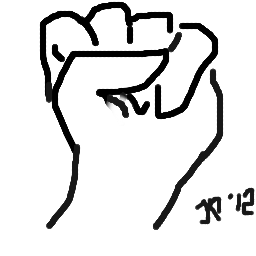 Bung Hatta (Mohammad Hatta) once protested Indonesian democracy. He was upset because people blaming democracy for the Konstituante wasn't able to produce anything. It led Bung Karno (Soekarno) to change democracy system.

It wasn't because of the democracy, he said, but because leaders of political party haven't understood their positions. They abused the power for their own benefit. The cause of them to exist was forgotten.

Some people blame this because we, Indonesia, was under long period of time colonization (350 years by the Dutch, 3.5 years by Japan). Little they know, the Indonesians still holds authority at that time. It was the corruption of Indonesia's aristrocrats made us suffered.

Well, there is always a time where something will saturate. I think now people already aware that we have a chance to change. That's what we call getting matured.

I hope freshmens in government could infuse their naivity. They could cleanse the corrupted officials. Well, years to come in waiting of better leader.