An Evolution of Politics in Indonesia 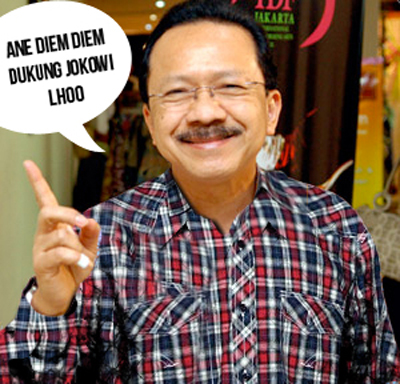 It has been a while when Indonesia's politics was held hostage by Indonesian political parties. This pseudo democracy had many examples where people voice are being overridden by a group of selfish people. They never listened to people yet they always said they were listening to people.

What did the winning parties do?

They would installed their people in many government posts. Posts that would generated income for their party and brought many influences were preferable. They sold the country for their own purposes.

Have they really listened to people?

The house of representatives is a joke to democracy. They never welcomed people to voice their opinions. They barricaded the entrances and let the people in the street far away from their office. Their frontyard are very wide, but it is only for decoration.

Anyway, all the glory in winning an election made parties compete each other in distasteful ways. Each of them stabbed each other. That was why, Indonesia never had any performance more than two years of leadership. Few years before election, parties from opposition and allies tried to make the government looked weak.

I sometimes wonder, why can't we disband the house of representative. They weren't even representing all of Indonesian people. As legislator, they took the job of an executive. They broke the boundaries just for having power.

And why I talk about these trash?

It is interesting that Jokowi is now only has two parties to back him up, PDI-P and Gerindra. All the other parties are into Foke. The most interesting thing is how PKS makes a cross over to Foke.

This is interesting! If Jokowi ever wins this election, it would prove that all of those parties are useless. People already fed up of those parties. Futhermore, we could questioned the relevance of having a political party at all.

One positive thing when Jokowi wins, those political parties should reflected of their past actions and start listening to the people. Or else, we could see how the parties have lost their relevance in the society.
Email Post
Labels: cry for help deep mind gak jelas sosial