From Dust To Dust 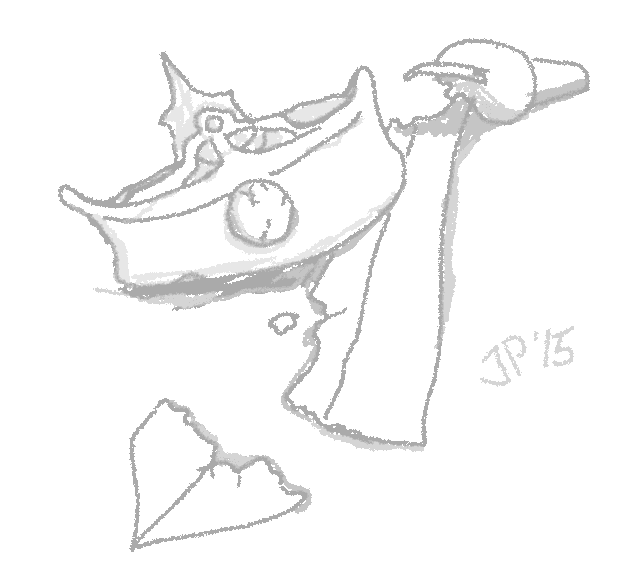 Here I am writing this entry when I should've taking a deep sleep. I just got a cold from the rain. But, there is something bugging me since two days ago.

My soul moved as I was reading オーバーロード. There was something relatable from the protagonist. His story made Cold Play repeatedly played Viva La Vida inside of my head.

The story about a player on a MMORPG game that was about to meet its end. After 12 years in making, the developers decided to scrap it. In the final hours, the player was standing in his own guild, a place where players form an alliance.

There he stood, reminiscing all the past glory with his friends. Each of them have made creations carved from their souls. Each of those solemn creatures were crafted carefully with great devotions. As if the world was the only place for them to be at.

Even with that being said, they were unable to sustain. One by one dragged into reality leaving this once magnificent guild empty. Leaving this protagonist, the guild master, alone.

Life is a session of a game. Where there is a start there will be an end. All souls being recycled and carefully replaced. Not even kings nor great leaders spared from this cycle.

There will always be a part where a great king rose, a dynasty set in stone and a great leader led people into lights. And there will be a time of void where none fulfil the roles. Just an endless rotation of lives.

Just like mine, one of the soul helplessly trapped.

Few years ago I was a champion and people around me in awe of what I have been able to achieve. Then I tried to walk out of the circle. As I went out, I found myself as no one. I found myself on a ring but no longer at the core.

So also the people who was inside that circle. They were drawn into another circles. Some would shine above the others and some would be succumbing at the edge of that circle.

Oh, my goodness! What should I do with this poor soul of mine?

Some people chose to draw that circle again. As if they could struggled against the abyss of time. They tried to maintain status quo.

They would be the people who made sure people around them would never change. In their minds, many of those admirers captivated, bound and restricted. They won't let their circle be broken apart.

I saw parents wouldn't let go of their children. Making them hard to socialize and chase their dreams. Those children often traumatized and fall into the same mistake of their parents.

I saw bosses trying to disrupt their subordinates. Making sure they would always be on the top of the game. No matter how the world have change, they close the curtains to keep the playing field according to their books.

What was that feeling of won't let go?

Be it a lover, a friend, a fiend and any other form of relationships, nobody escapes this fleeting feeling caused by change.

A lover sensed insecurity in the changing feeling of one's significant other. Distrusts grew. One thing for sure, I don't think that distrust is a bad thing.

There is a half chance that it would bore separation. A five years relationship ended up like castle of sand. Washed away by the flood of time.

There is also a half chance that it would be a testament of a true love. The lovers grew stronger. They would learnt from each other.

Which would it be depends on the depth of the two souls' heart.

And how about my works?

Corporates that was trying to be unshaken one by one turned into rubbles. Some people insisted that it was alright. Or they might have no slight idea of how their ego could made the kingdom fall.

What? Should I let go of my ego? The ergo sum? The definition of moi?

Wouldn't it be means I am nothing?

I remember one of my work was a replacement of a work of another. He accepted it and embraced my work. He gave hints making my work more tested against odds.

No matter how good my product as a replacement. It was someone else's work that I kicked out of the playing field. You may called it obsoleted, won't even change anything about it.

My ego was also eating my parents ego. As I grew, they swallowed their pride and provided the next best things for me. Hopes about themselves were shelved.

And they were also the products of their own parents.

No matter how I struggled, it would be the same one way or another. It is the way of life to keep its story written by many authors.

I know that living beings would always be agitated by change. Heart would assume jealousy when the path of life parted from what in mind. One day as a ruler and a king; on the next day would be on a platter presented to a new ruthless ruler.