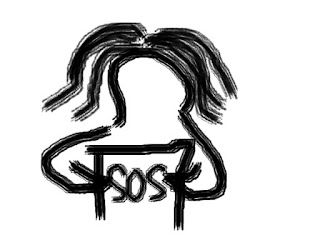 From time to time, there will always be bullying happens. Some people would argue that that's the normal process of life. Some even relate them to the way of the world: the stronger consuming the weak.

Well, sorry to say that I can say that's baseless. The world is made by the society. What shape them is the agreements that become the norms. If we agree to get better, then the world will get better. The world will be a better place.

But why seems there are people who oppose to the idea of it?

I can only say that many people have different insights of how to live their lives. There are some that take spiritual causes such as God as their guidance and some people gather knowledge as their utmost defense.

Among that we believe in, there are also ego, hatred and self-acceptance. Ego, the basic desire of human beings to have a meaningful existence. Hatred, the basic defense to have distrust to protect your existence. The most of it is self-acceptance, which means the way you would accept what role you will play.

Tom and Jerry sadly put many youngster to have this: there is always bully. That cat, which the embodiment of the world as seen as huge monster among the young eyes, can be bullied. That mice, which is the little body. And everything will be fine because even if they are smacked, they will return to their original state.

Well, that's why I think Rurouni Kenshin (Samurai X) is the better movie to watch than that toned down Tom and Jerry.

In Rurouni Kenshin, the dead don't rise from the tomb. The hands that broken is not healed completely. Wars come with revenges and many undesired consequences. Every aspect of violence there is a dire consequence that can't be undone.

You see, like the censorship of speech would let the fire burns unnoticed, toned down violence also let the guard down. The mild violence build up calamity. It would slowly build up until at a point it spreads wildly and it is too late to stop.

If you want to introduce violence to children, then don't let them see some parts of it. I don't mean that the gore should be displayed. That's insanity and I too oppose to that. But, they have to know that there are consequences of that.

I know that it is the part of the guardians; i.e. parents or someone older, to explain about the dire results. But, in this modern time where some parents would forsake their children for dreams. Sad thing that they were never did that role.

In fact, I think the essence why bullying is getting mainstream and hardcore is because of the reason that the bullies are having the hard time to be noticed.

I know some of those children that like to bully other people just to impress others. There are lots of them that done so because the lack of attention back home. Some of them put a lot of efforts to hide their disdain. Some just curious and enjoy it because it gains them favors.

We can't force them to stop because rebellion is a part of growth. What we can do is to educate them and nurture them. Teach them about conflict resolutions might help them about what's right and what's should be done to get the message across.

I know that I might have spoken abstract. It's just that every environment has its own system. I can't tell a silver bullet. But, the essence is there and every nation should be awaken.

Church should stand up against bullying

There are times when bullying would made one asking the existence of benevolence God. It occurs that the harsher the environment, the more children would become adults. The worst (or should be the best) part of adult is they would have a difficult time to change their mind. Resolutions would stay and need a lot of time.

I think in this harsher world children are getting more and more atheist than ever. The growth of Internet and its popular concept of how it turns out cool to be not believing God are threats to any older belief. You would find many children today of age around ten would sounds so wise. Some might have twisted beliefs in a way that surprised us.

Yeah, you would be surprise how the old way of educating youngster (meaning the one that we hold dear now) is not even effective anymore.

Some people said that beating your children is the best education. The children don't have the ability to decide yet. What they are trying to do most likely full of foul play and we, as the one longer in the earth, should straighten their path.

Some say that adults should stay away. Adults should not interfere with children and let them grow by themselves. Their understanding will go wiser.

Unfortunately, the Internet nowadays inject thoughts that beyond the comprehension of many. It used to be hidden and filtered geographically. But, the melting pot of Internet made them visible and available to be consumed by everyone, including children.

As my experience with children, all I can say is they are not wild. You just need to respect them. But, don't let them go alone.

I used to watch Oprah in TV. In her show, she always called the children "young adults". She even called the toddlers, "these little person". This concept quite went into my mind when I thought about it back then. It helped me reshape my way of thinking in the ministry.

Even if they can't describe what is happening, their instinct are able to grasp. They do understand that they are weak and by their subconscious they have alarmed themselves. Their behavior change.

No, they are not some stupid children. They are young adults that need to be taught about things. You should respect them and be wary of what they too can affect you as other adults may.

Treat them as young adults

Remember, they are not stupid, they are young adults. The part of adult means you should seriously consider them. But, the part of young means they also need some treatments.

This is what I do:

The #1 is not just to pick them up immediately, but to supervise their behavior and take action when they would go out of corridor. How wide you should provide the corridor is based solely by your experience with them.

In my experience, a boy/girl with background from a strict family is what should be weary of. I found that these young adults would leap far away from the road. Especially, when they used to have strict live and then suddenly they went unsupervised (college life).

The hard part is #2.
Sometimes we think we listen to them, but actually we don't really pay attention. I can't describe on this blog post how come we miss that. But, to be clear, there are at least these indicators that indicate if we listen enough:

The #3 needs practice because we need to be sincere to tell it.  If we don't get used to tell it, there is this insincerity that people would perceive. I don't know how to describe it, but I think people have this spider sense that knows if we are just trying to lick ass.


Wow, I originally wanted to write this post short

I think I should stop here. Bullying is not a part culture that everyone should be part of it. I can tell you about some faithful Christians evolving their little adults well. I have seen many of those young adults done things that made my jaw opens.

Parents, I think it's about time you have a serious conversation about life with your offspring.
Email Post
Labels: cry for help deep mind perilaku twisted